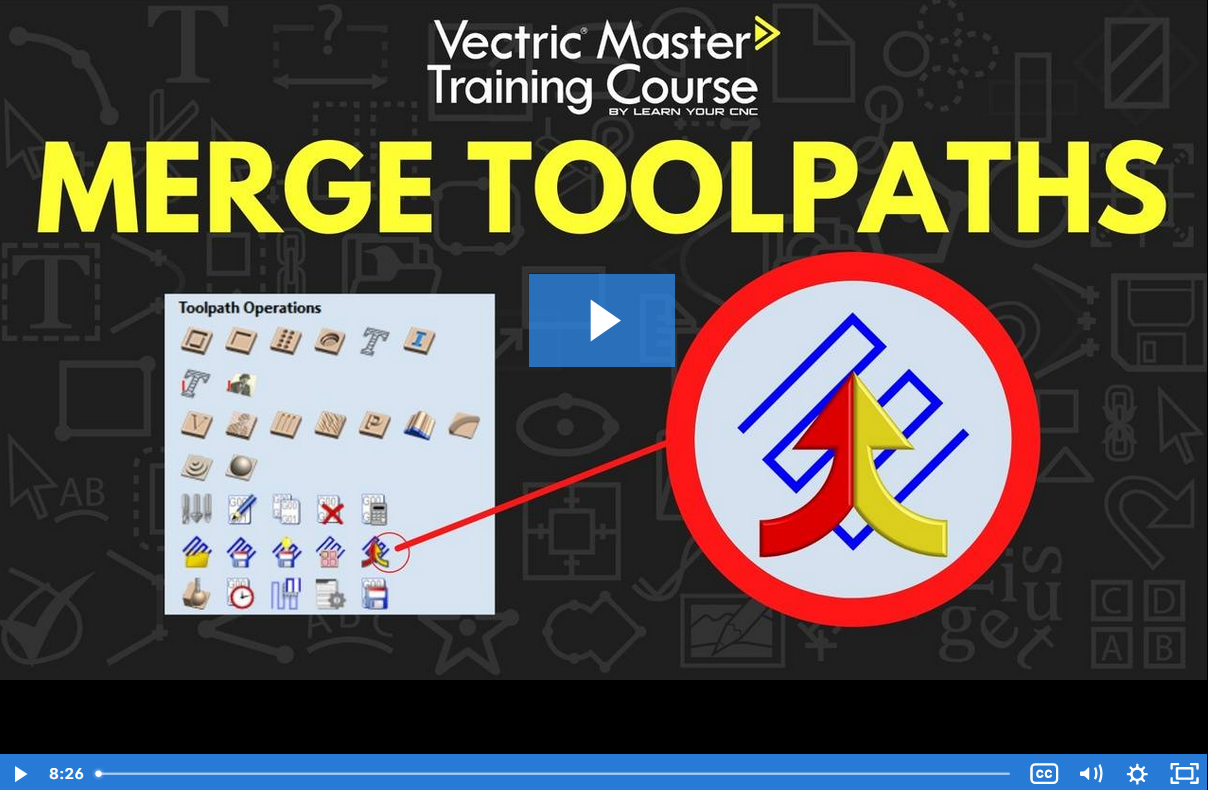 When using the same tool for different types of toolpath (eg. Pocketing and Profiling) those toolpaths can be merged to create a single toolpath which performs the same cutting operations more efficiently.

The toolpath merge tool has a number of checkboxes which allow different orderings of the resulting merged toolpath. When the toolpaths are merged each of these ordering strategies is calculated and the quickest strategy chosen.

When the Merge By Part check box is selected, the toolpath merge not only tries to optimize the whole toolpath, it also tries to group related geometry to cut together. 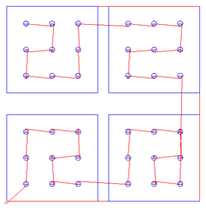 Merge By Part option unchecked: The Squares profiled after all the Circles have been pocketed. 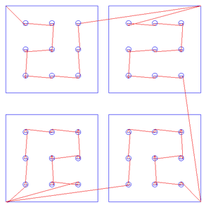 Merge By Part option checked ✓: Each Square is cut after its circles have been pocketed. 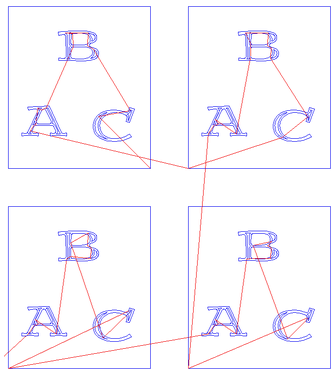 Merged from main toolpath list going A ► B ► C 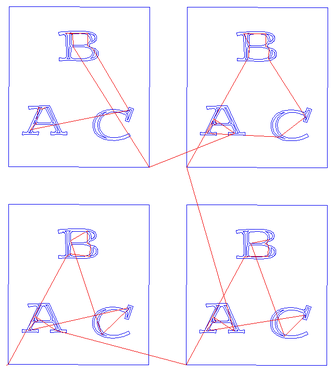 Merged from main toolpath list going B ► C ► A

Enter a name for the newly created merged toolpath.

Did this answer your question? Thanks for the feedback There was a problem submitting your feedback. Please try again later.