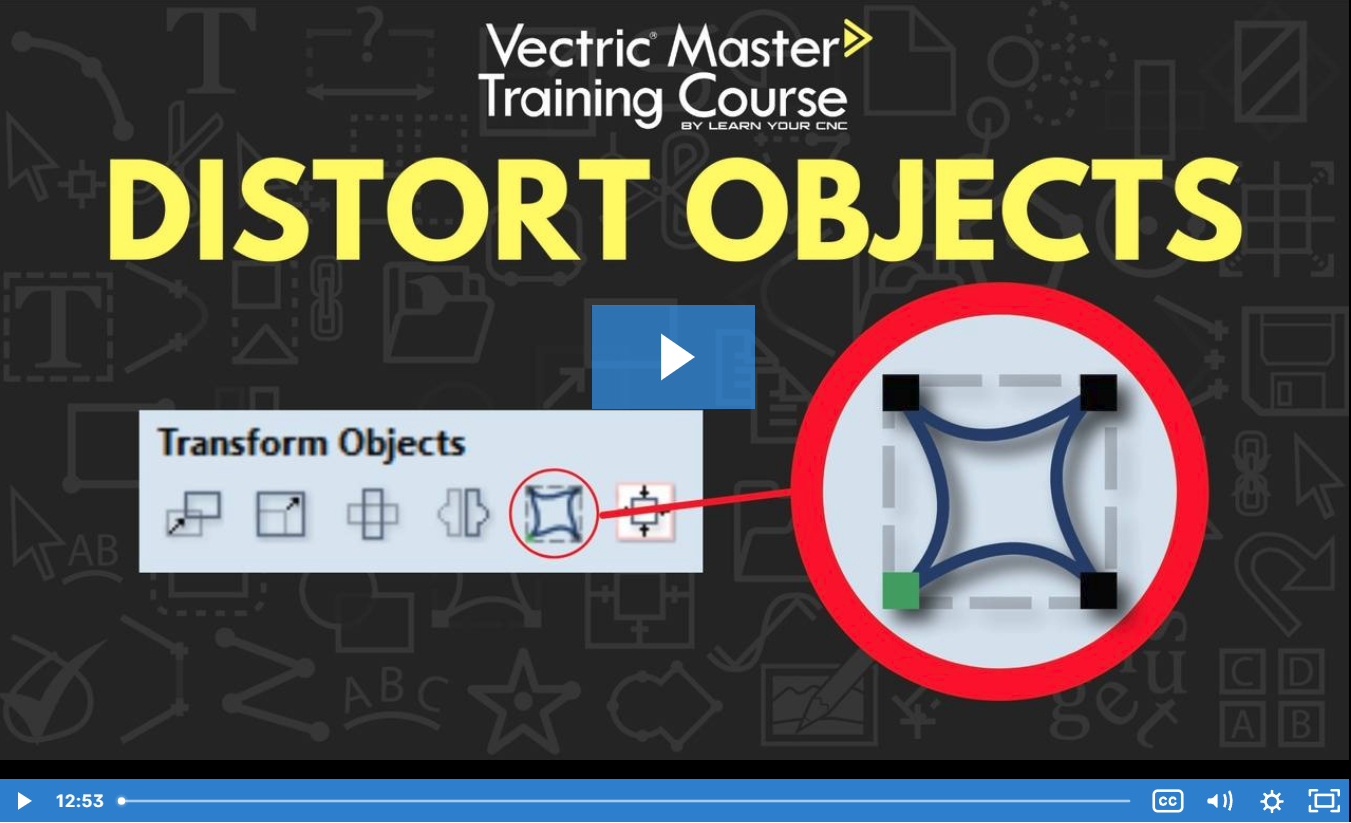 You can distort several vectors or components at once but you cannot distort a mixture of vectors and components together in a single operation.

Once the distortion envelope has been created, you can use the node editing tools to add or edit its nodes and spans. As you alter the shape of the envelope the associated object will be distorted to reflect the changes.

When distorting a selection of objects which fall on different layers, the result will be created on the layer of the first object in the selection.

This option is only supported if you only have one object selected to distort. It makes use of the local rotation of the object as shown in the Selection Tool.

When this option is ticked,

This option is available if you have a selection of vectors or components (Note that you cannot mix vectors and components in this mode). It creates a distortion envelope based on the closest bounding box that can be drawn around your selection. Thus the resulting envelope is always initially a rectangle, comprising four line spans and a node at each corner. Using the normal node editing tools, however, you can modify this envelope as much as you like and the shape within it will be distorted accordingly.

Along a Single Curve

This option is only available if the last item in your selection is an open vector that can be used to define a curve, above which the other selected objects will be distorted. The distorted object can comprise one or more vectors or one or more components, but not both.

Using this option, you will usually end up with your objects bent to match the curve in your original selection. The distortion curve itself is left unchanged by this operation.

This option will become available if the last two objects in the current selection are open vectors, between which the other objects can be distorted. 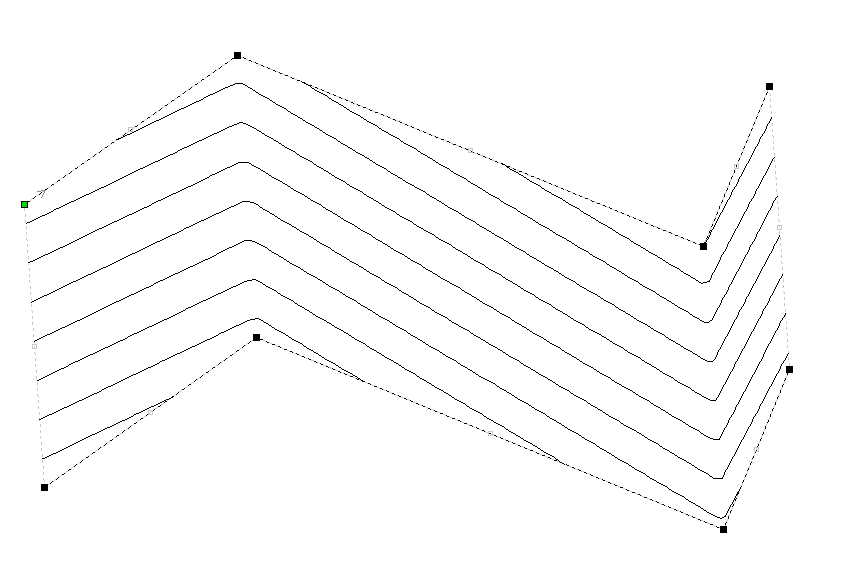 Baking Distortion into an Object

Once an object has been distorted, node editing will always relate to the object's distortion envelope. If you wish to edit a distorted vector directly again, you will first need to permanently apply the distortion to the shape.

If you select an object that already has a distortion envelope while in the Distort Object tool, the

button will be available. Clicking this button will permanently apply your current distortion and you will then be able to either distort the object again (with new settings), or node edit the shape directly.

If you try to use this tool to modify multiple, grouped or distorted components you will first be prompted to 'bake' your selection components into a single object. For more information on what this means, please see the section Baking Components.

Click here for more live lesson replays on Distort Object
Did this answer your question? Thanks for the feedback There was a problem submitting your feedback. Please try again later.